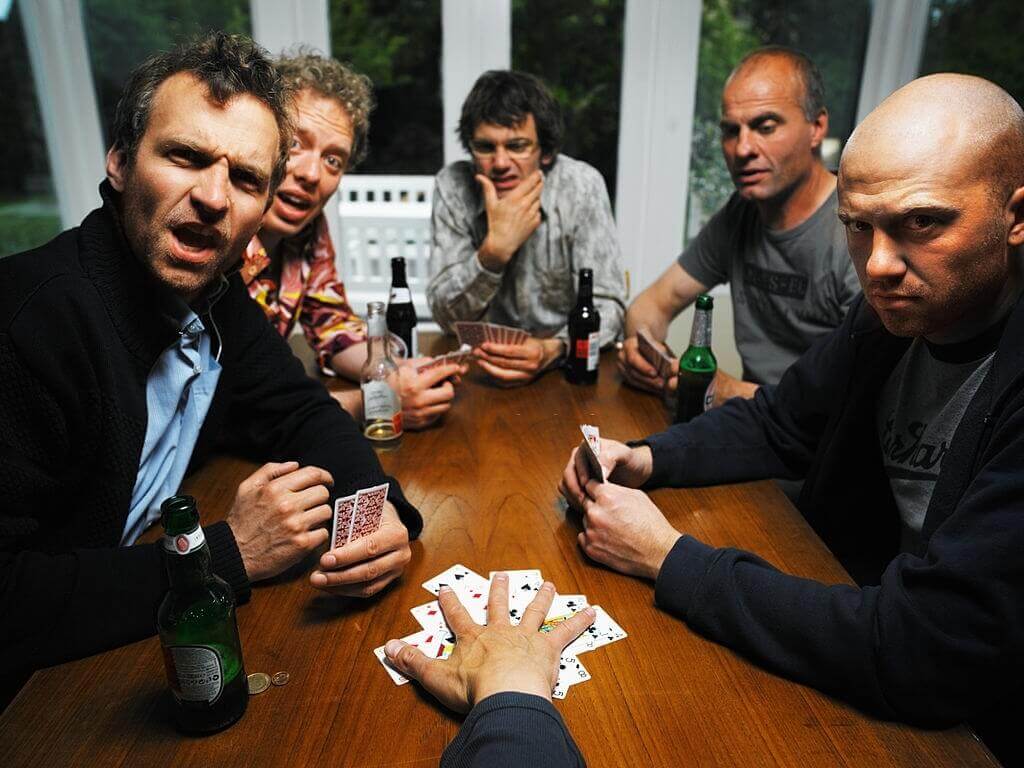 Maritimepoker recognizes that providing a secure, fair and friendly playing environment is key to ensuring that our players have as enjoyable a gaming experience as possible, each time they access the Maritimepoker’s platform.

Maintaining ethical gaming practices is at the very heart of our priorities, and in order to uphold these strict principles and the integrity of our games, Maritimepoker has created these House Rules.

All players are expected and required to adhere to the Terms and Conditions these House Rules and to standards, policies and practices incorporated therein, on the assumption that by doing so, the playing environment on Maritimepoker improves for its entire player community:

Maritimepoker strives to provide players with a responsible gaming environment, which includes prevention of compulsive usage of or underage access of our gaming products.

Maritimepoker understands its commitment to honour their duty of care to all of its customers and the gambling community at large. Maritimepoker shall make sure to implement appropriate safeguards to protect vulnerable persons and use all reasonable means to ensure the prevention of gambling addiction and underage gambling.

Maritimepoker shall ensure a high standard of regulatory compliance in relation to preventing its services from being associated with crime and disorder. Maritimepoker shall implement appropriate measures to minimise the risk of its gaming platform being used to launder money, assisting in the financing of terrorism or being victim of a crime.

Maritimepoker shall ensure that management and staff are aware of their obligations at law and procedures that must be followed.

Maritimepoker will only accept players who reside in and are located in Canada.

A player joining a Maritimepoker cash table will be required to pay an initial fee, equal to that table’s big blind. This initial fee follows the same rules as the blind bets and allows the new player to sit-in at the table and join the game.

Players also have the option of “sitting-out” and waiting for the big blind before beginning to play.

Posting an initial fee ensures fairness to all players, by preventing players from gaining an undue advantage over others by entering a poker game in a “Late Position” in order to avoid placing blind bets.

A player may choose to temporarily sit-out from a poker table; if the table is a cash game table (as opposed to a tournament table, at which the player typically will have paid a set buy-in amount in order to join), the player may need to post additional fees in order to rejoin the action:

If, while sitting-out, the player misses their turn to place the small blind, upon re-sitting that player will be required to post a set amount. This post is considered a “live (active) bet” and is equal to the big blind.

To ensure a fair and enjoyable playing experience, Maritimepoker players must act within a reasonable time limit that varies per table, per game variant and/or per game stage (i. e. the length of time that has elapsed in a given tournaments, etc..).

Maritimepoker’s time limits are enforced in an effort to maintain a reasonable speed of game play. Players who fail to act within the set time limit will have their hand automatically folded and will forfeit any amounts that he/she has previously wagered during that hand.

In Maritimepoker poker games, if a player requires extra time to make a decision, a ‘time bank’ will be accessed if a decision is not made in time.

The time bank will be visually displayed and will ‘count down’ while being accessed. The time bank gives players extra time to complete their actions, and those who fail to act before the time bank is exhausted will automatically fold their hand.

As game host, Maritimepoker applies a commission charge (known as “rake”) to each pot at cash game tables. Rake rate is 5% with a rake cap of $4.00 CAD

In tournaments, Maritimepoker does not levy rake, but collects a tournament fee instead with a set percentage fee of 10%.

The normal courtesies extended at live poker tables are also expected at Maritime poker. Please see the list below for Maritimepoker’s etiquette guidelines:

All tournaments will begin promptly at the scheduled time stated in the tournament lobby. Maritimepoker reserves the right to delay or cancel any tournament without prior notice.

In order to be eligible to re-enter, rebuy or add-on in a re-entry or rebuy tournament, you must have the funds available in your account.

Details about each tournament’s breaks are listed in that tournament’s lobby, with the amount of time remaining to the next break listed if the tournament is running.

Many tournaments feature synchronised breaks but not all do so, therefore Maritimepoker encourages players to make themselves aware of the break times of each tournament they are playing in to better ensure a comfortable playing environment.

By participating in a tournament, Maritimepoker players accept the risk of internet disconnection, due to problems with the connection between their device(s) and the servers, lag or freeze or some other problem in the player’s device(s) or how that device accesses the internet.

Maritimepoker does not accept any responsibility for a player disconnect except in the case of a server crash. While each user is responsible for his or her own internet connection, we make an effort to protect players who are disconnected during the final stages of a real-money tournament, by allowing extra time to reconnect.

If a player times out during a hand, whether connected or disconnected, his or her hand will be folded if facing action or may be checked if facing no action.

If a player is not connected before a hand starts, he or she will be dealt cards, and a blind and/or ante will be posted. There is no rule against a single player choosing to sit out; the player doing so will continue to have blinds and antes posted and cards dealt. Two or more players may not make any agreement to sit out simultaneously, whether at the same table or different tables; such actions may fall under Maritimepoker’s collusion policy.

Players, whether in the hand or not, may not discuss the hands until the action is complete; ignoring this rule adversely impacts other players’ gaming experience.

Discussing cards discarded or hand possibilities is not allowed. A penalty may be given for discussion of hands during play.

Swearing, using racist and derogatory comments are not acceptable and may result in loss of chat privileges

Deal making is allowed in many tournaments. If all remaining players in a tournament agree to making a deal, they should indicate so by selecting the appropriate option at the table. A deal can

then be discussed and agreed upon or rejected by the participating players.

In some specially designated Maritimepoker tournaments, a bounty will be placed on some or all of the tournament participants. A player who eliminates an opponent will add the bounty amount to their own bounty total. Each surviving player’s bounty total will only be awarded once the prize-paying finishing positions are reached (i.e. the bubble bursts).

In the event that two players show identical winning hands and therefore split the pot in a hand that eliminates another player(s), any bounty awarded will be divided equally between the players that hold the winning hands.

Players may not make any agreement amongst themselves to eliminate a particular player in order to claim their bounty award. Such agreements are considered collusion and are grounds for disqualification from the tournament and/or other penalties.

Please Note: players will not receive fractions of a cent. In all instances where a player’s winnings include a fraction of a cent, Maritimepoker will round down such player’s winnings to the nearest cent. So, for example if you win $4.096, you will receive $4.09.

For Cash Games, all hands in progress will be rolled back. Each player’s chip count will be reset to the amount at the beginning of the hand.

For tournaments, there are three (3) possibilities depending on the status of the Tournament:


Please note that when calculating tournament refunds, Maritimepoker will determine the moment the disruption began and use the state of play in any given tournament immediately prior to this disruption as a basis for calculating the refunds. Not all players may experience disruption at the same time.